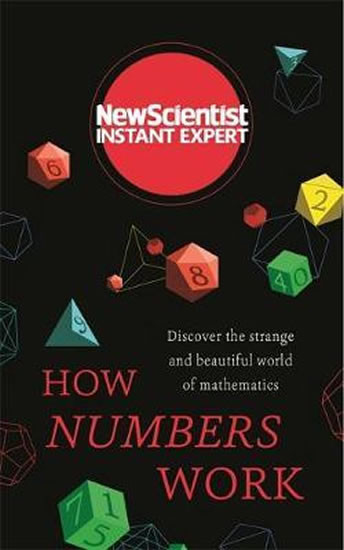 Think of a number between one and ten. No, hang on, let's make this interesting. Between zero and infinity. Even if you stick to the whole numbers, there are a lot to choose from - an infinite number in fact. Throw in decimal fractions and infinity suddenly gets an awful lot bigger (is that even possible?) And then there are the negative numbers, the imaginary numbers, the irrational numbers like pi which never end. It literally never ends.The world of numbers is indeed strange and beautiful. Among its inhabitants are some really notable characters - pi, e, the "imaginary" number i and the famous golden ratio to name just a few. Prime numbers occupy a special status. Zero is very odd indeed: is it a number, or isn't it?How Numbers Work takes a tour of this mind-blowing but beautiful realm of numbers and the mathematical rules that connect them. Not only that, but take a crash course on the biggest unsolved problems that keep mathematicians up at night, find out about the strange and unexpected ways mathematics influences our everyday lives, and discover the incredible connection between numbers and reality itself. ABOUT THE SERIESNew Scientist Instant Expert books are definitive and accessible entry points to the most important subjects in science; subjects that challenge, attract debate, invite controversy and engage the most enquiring minds. Designed for curious readers who want to know how things work and why, the Instant Expert series explores the topics that really matter and their impact on individuals, society, and the planet, translating the scientific complexities around us into language that's open to everyone, and putting new ideas and discoveries into perspective and context.