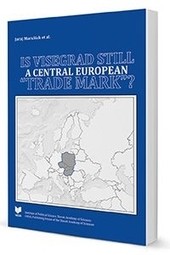 The setbacks of the Visegrad Group on the level of end-game negotiation as well as its absence in EU macro-regional strategy projects show that the mechanism of the “hard power”, such as economic potential or number of votes in the EU institutions are not sufficient to enforce the interests of the V4 or its member states on the European level. On the other hand the Visegrad Group and the V4+ format is an attractive and respected negotiation platform both within the EU as well as between the V4 and the “third states”. Therefore the main hypothesis of the presented publication is that one of the main sources of attractiveness and tools of the influence of the Visegrad Group on the decision making process in the EU, on the Central European EU members, existing or potential EU-candidates and the “third states” is the “soft power” of the Group, i.e. its ability to achieve preferable outcomes in world politics because other states want to follow it or have agreed to a situation that produces such effects” (Nye, 1990, 166). Subsequently the research question is what the content of the Visegrad Group soft power could be and if V4 has remained the “trade mark” of Central European states, the content of which could be a trade mark now in the post-accession period?Authors cover the following aspects of the Visegrad cooperation: cooperation of the V4 states and the presence of the V4 within the framework of EU; cooperation in military and security areas;; opportunities for the transit between the East and West; V4 as the target region for the immigrants from „third countries“; the level of religiosity and secularization in Central Europe as a part of Visegrad´s soft power; threats and opportunities for V4 within the framework of EU Eastern Partnership Program. According to the authors of the publication Visegrad remains the most viable and most functioning regional initiative in Central Europe and the V4 + format allowed to transform this group to the specific centre of gravity for the wider region of Central and East-Central Europe. The main findings of the presented publications are that the role of the Visegrad Group in Europe is increasing. Its success is conditioned by the awareness of the V4 states of the need for cooperation as well as by their willingness to continue in the process of modernization. We have to correct our initial hypothesis, according to which the main tool of the strengthening of the V4 position in Europe is the soft power. V4 could play the role of the European security and economic actor; however the main condition of the economic success of the Visegrad sub-region will be investment in education and infrastructure. Nevertheless, the crucial prerequisite of the success of the Visegrad Group and cooperation in the Central European area will be the success of the European Union and its ability to overcome the current economic and financial crisis. The success of European integration will also have a decisive impact on the future development of the domestic and foreign policy of the East European states.